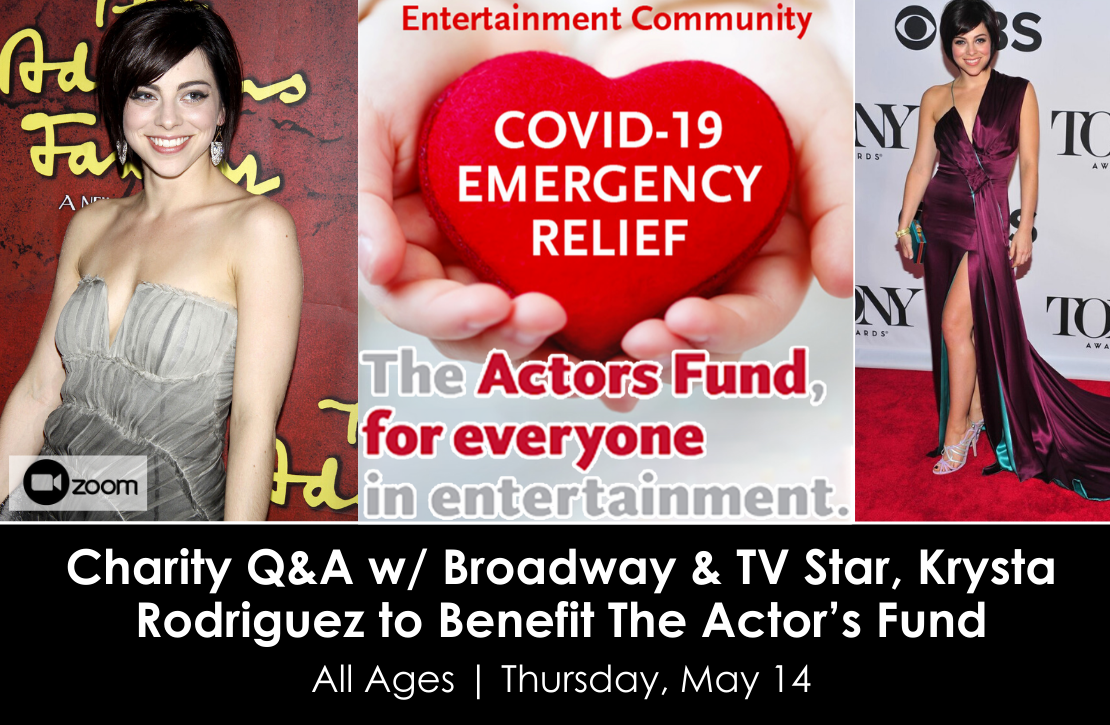 20% of All Proceeds Go to The Actors Fund!

Krysta Rodriguez is a Broadway and TV Star, best known for originating the role of Wednesday Addams in THE ADDAMS FAMILY. Her extensive list of Broadway credits include: SPRING AWAKENING, FIRST DATE, IN THE HEIGHTS, and A CHORUS LINE. She was most recently seen on stage opposite Raul Esparza in Theresa Rebeck’s Off-Broadway production of SEARED and in Disney’s HERCULES at The Public Theatre’s Shakespeare in the Park. She is set to star on-screen in Ryan Murphy’s highly anticipated miniseries, HALSTON, where she will portray Liza Minelli. Other TV/Film credits include: SMASH, YOUNGER, GOSSIP GIRL, QUANTICO, CHASING LIFE, THE MYSTERIES OF LAURA and more!

Now is your chance to ask Krysta Rodriguez all of your questions about her career and the biz! Ask her about her experiences starring in hit Broadway musicals and popular TV shows and what it’s like to originate such an iconic role as Wednesday Addams! Get insight and advice about making it in the biz!