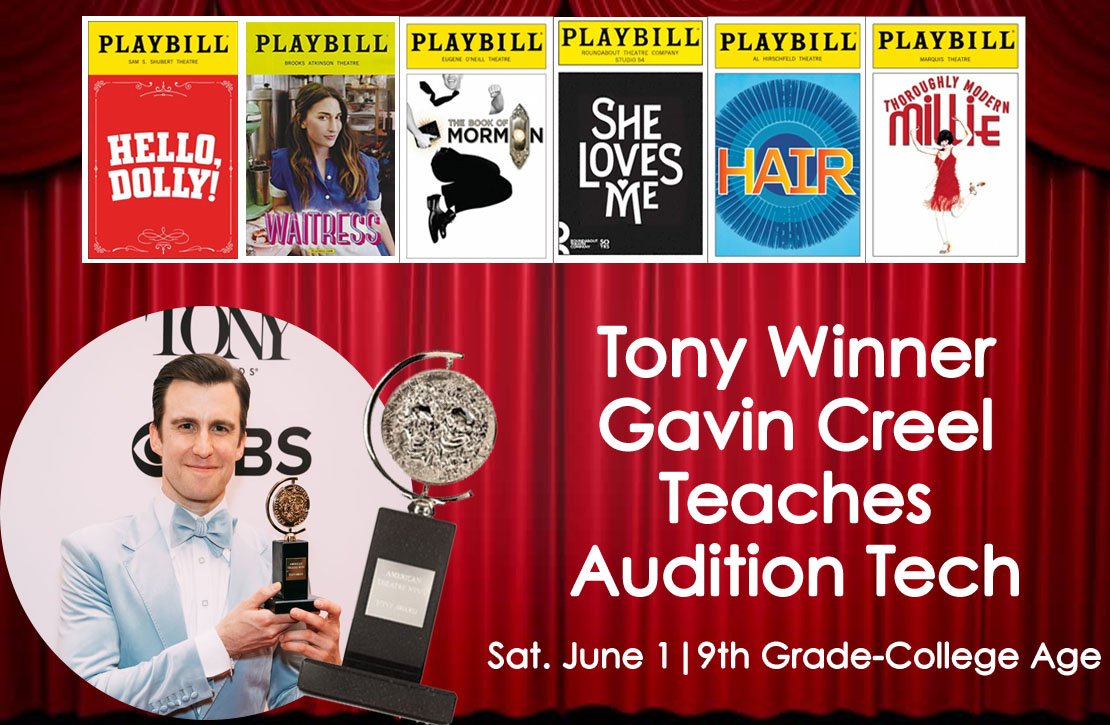 Mr. Creel recently won a Tony for his portrayal of Cornelius Hackl in HELLO, DOLLY, in which he co-starred alongside Bette Midler and David Hyde Pierce.

Other credits include Dr. Pomatter in WAITRESS, Elder Price in THE BOOK OF MORMON, Stephen Kodaly in SHE LOVES ME, which was also filmed for TV, and Jean-Michel in LA CAGE AUX FOLLES!

Gavin will be working one-on-one with each student! Sing a 32 bar mock audition for Gavin who will offer each student individual guidance and feedback on their audition technique and song interpretation!

Learn if your song is a good showcase of you and your unique talents!

Class will conclude with a Q&A, photo and autograph session!

Focus of Class:
• Sing and receive individual feedback and coaching from Tony Winner and prominent Broadway Star, Mr. Gavin Creel
• Learn if your song is a good choice for you and showcases your talent
• Learn proper audition technique and protocol
• Informative Q&A – ask Mr. Creel your burning questions about the business, about his career and whatever your heart desires
• Photo and Autographs with Broadway’s Gavin Creel