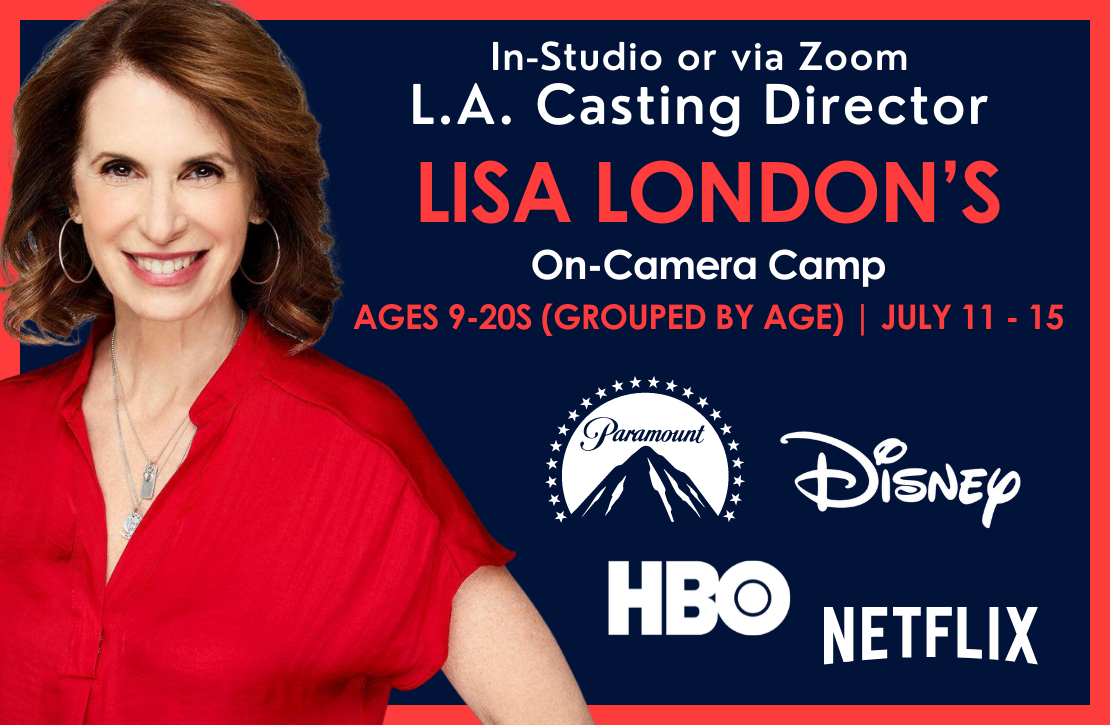 Performers have the unique opportunity to work with Award-Winning L.A. Casting Director, Lisa London on on-camera acting and auditioning skills.

It’s no secret that the past few years have been challenging for the industry, but Lisa and her office, London/Stroud Casting have remained busy including casting 7 films in 2020. Recent 2021 projects include: NOTHING IS IMPOSSIBLE which filmed in Knoxville, Tennessee, STRONG FATHERS, STRONG DAUGHTERS which filmed in Los Angeles, and they are consulting for a film company, PARADOX PICTURES.

The film, OLD HENRY starring Timothy Blake Nelson which was cast in 2020, premiered at the Venice Film Festival in 2021 and has been getting amazing reviews, even Cher tweeted about the film. CANYON DEL MUERTO starring Tom Felton, Abigail Lawrie, Jacob Fortune-Lloyd and Abigail Breslin filmed in New Mexico and BASEMENT which filmed in NYC are both getting released in 2022.

Lisa and her partner, Catherine Stroud cast actors from all over the USA, and even the world for these different movies.

Currently, Lisa has over 15 projects in pre- and post-production.

Some of Lisa’s other credits include: Adam Sandler’s Netflix film, SANDY WEXLER; EAT WHEATIES; SWITCHED; FREAKS starring Emile Hirsch and Bruce Dern; BABYSPLITTERS, HANNAH MONTANA, SUPAH NINJAS, SUITE LIFE OF ZACK AND CODY, HOUSE BUNNY and much more! She is the author of the book, FROM START TO STARDOM (The Casting Directors Guide For Aspiring Actors) which takes readers on a step-by-step journey, laying out what it takes for actors to have the best shot at success!

• The class will cover what casting directors are looking for in auditions, the self-taping process, how to get your agent/manager to work best for you, why some people get callbacks and why you need to research a role.

• The intensive includes on-camera audition technique and will include playback as a teaching tool.

• Each participant will get to read for Lisa and receive one-on-one coaching and feedback. Sides will be sent approximately one week to a few days before the class, emulating a real audition.