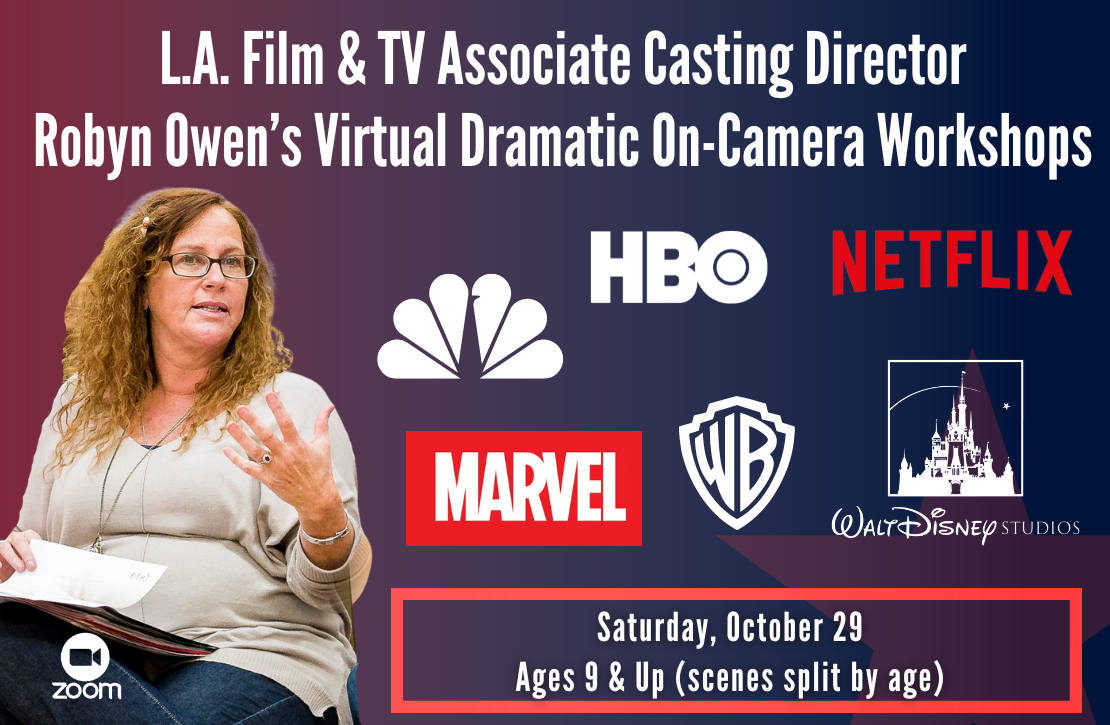 * These projects star ACANY alumni who have met their representation at our programs! Kaci Walfall stars as the titular character in NAOMI on the CW, and Niles Fitch stars as James in Netflix’s MISS VIRGINIA. You can read more on our Student Achievement Page!

Her TV credits include SCRUBS, DAWSON’S CREEK, FELICITY and BUFFY THE VAMPIRE SLAYER to name a few!

• Informative Q&A for students and parents of minor children

*This masterclass is not an audition or promise of employment.