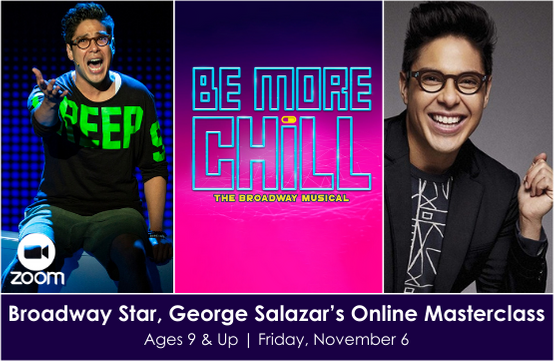 George Salazar is a Broadway Star, best known for originating the role of Michael in BE MORE CHILL, the viral sensation! George’s performance in BE MORE CHILL earned him a Lucille Lortel Award for Outstanding Featured Actor in a Musical and both a Drama Desk and Outer Critics Circle Nomination. Prior to BE MORE CHILL, George also starred in the 2011 Broadway Revival of GODSPELL. Other notable roles include: THE LIGHTNING THIEF (Off Broadway – Drama Desk Nomination), SPRING AWAKENING (National Tour), and LITTLE SHOP OF HORRORS (Pasadena Playhouse).