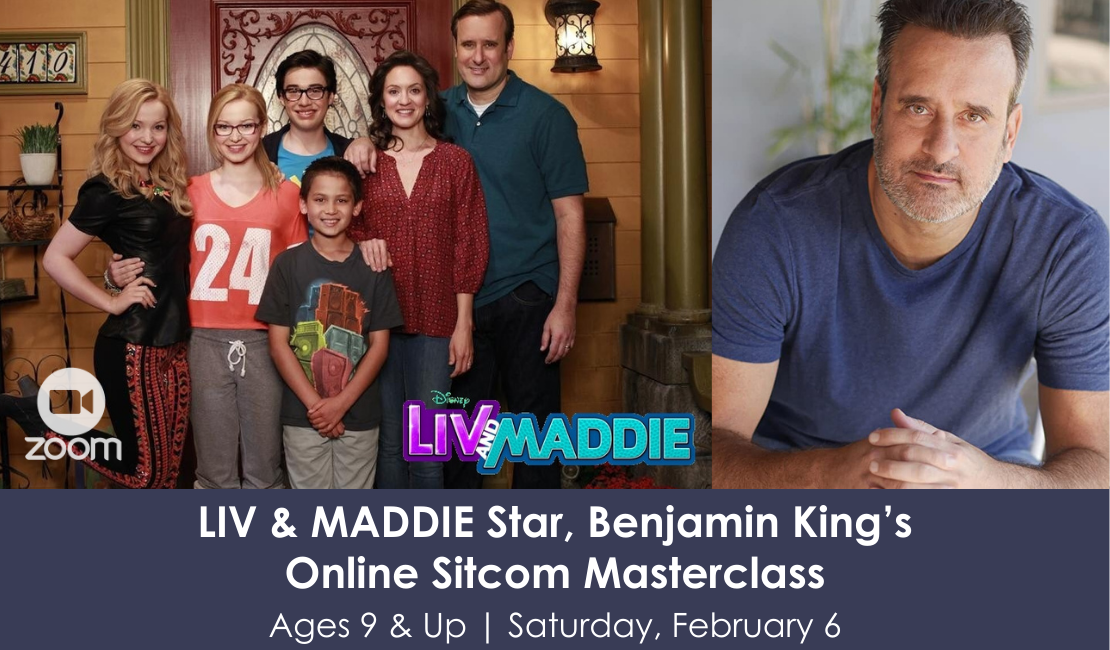 Learn the art of sitcom acting with TV and Film Star and occasional Director, Benjamin King!

Benjamin is best known for playing the role of Pete Rooney on Disney’s #1 Family Sitcom, LIV & MADDIE. He’s also set to appear in the star-studded cast of the upcoming film SHRIVER, alongside Kate Hudson, Zach Braff, and Michael Shannon.

Other notable credits include starring in David E. Kelley’s series THE WEDDING BELLS, and guest appearances on many popular TV shows including: BETTER THINGS, GREY’S ANATOMY, WEEDS, MIKE & MOLLY, NCIS, BETTER OFF TED, PSYCH, CSI: CRIME SCENE INVESTIGATION, CSI: MIAMI, SCRUBS, THE KING OF QUEENS, WHAT I LIKE ABOUT YOU and more!

Benjamin has also worked behind the camera as a director on the set of LIV & MADDIE.

This class will focus on what happens after you book the big gig!

Learn how to give an authentic and truthful performance on set. We’ll work on active listening skills and identifying intentions so that you can be a generous scene partner.

Perform scenes with a fellow student! Benjamin will offer one-on-one individualized feedback and coaching to each participant.

• Rehearse scenes with a partner via Zoom breakout rooms

• Learn how to give an authentic and compelling performance on set

Materials will be distributed via email prior to the workshop, and students will be expected to have them accessible during the class.