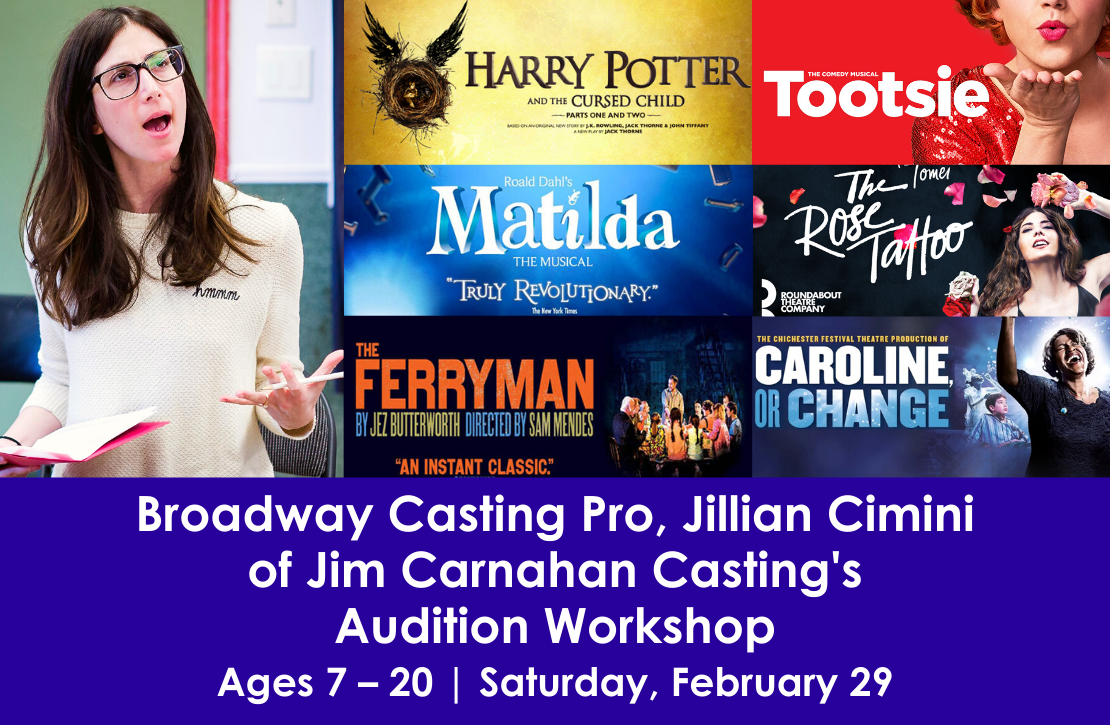 This class will be run like a professional Broadway audition.

In addition to singing and getting feedback on your 32-bar cut, Jillian will also offer her opinion on whether your song is a good choice for you and showcases your unique talent.

Sing for Jillian and get her expert coaching and feedback on your audition cut!

Get to know a top casting professional who has helped cast some of the best Broadway Shows & National Tours we all know and love!

Carnahan Casting/Roundabout Theatre Co is represented on Broadway right now with the hits, MOULIN ROUGE, A CHRISTMAS CAROL, TOOTSIE, THE ROSE TATTOO and HARRY POTTER & THE CURSED CHILD! A Class Act NY is proud to say that our students have appeared in or are currently appearing in HARRY POTTER!

Carnahan Casting/Roundabout Theatre Co is also working on Jeanine Tesori and Tony Kushner’s cult favorite, CAROLINE, OR CHANGE which will be coming to Broadway in the spring of 2020, as well as the highly anticipated show, PLAZA SUITE!

Recent Broadway Shows and Tours cast by Carnahan Casting/Roundabout Theatre Co include: THE FERRYMAN, KISS ME KATE, ANGELS IN AMERICA, MATILDA THE MUSICAL, FUN HOME, GROUNDHOG DAY, AMÉLIE, among others! Once again, ACANY is proud to have had many students in many of these musicals including THE FERRYMAN, MATILDA, FUN HOME and AMÉLIE!

Learn how to snag a coveted role in a Broadway Show or National Tour!