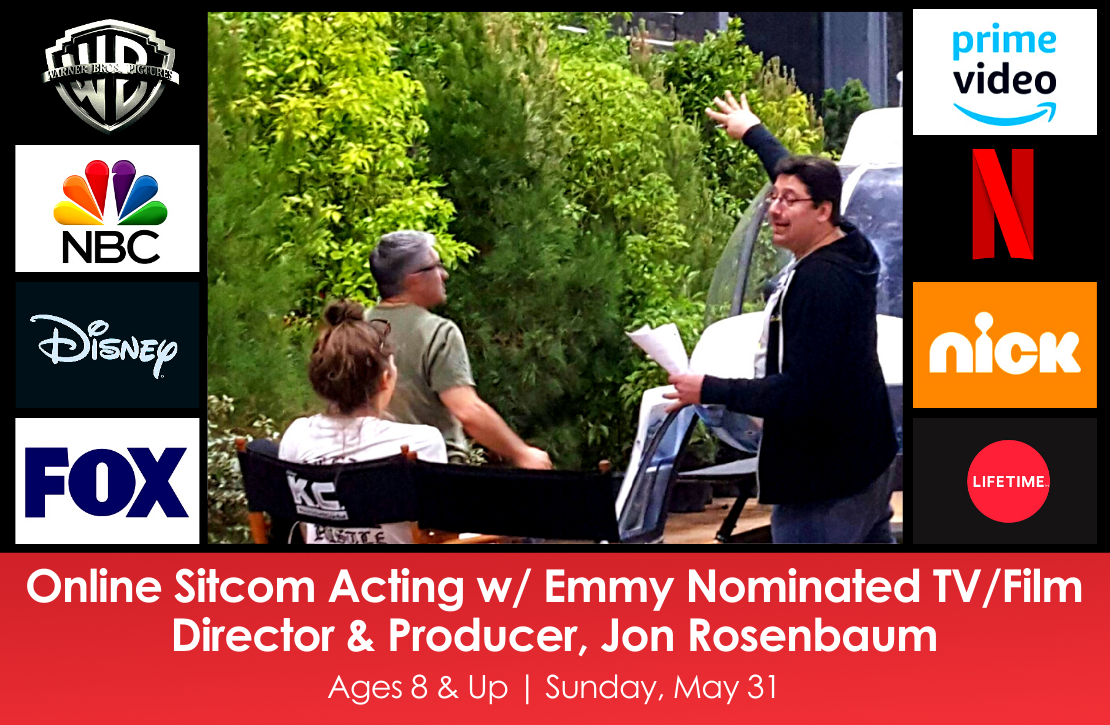 Take 1 or more sessions with Jon from the comfort of your own home!

Learn the art of comedic on-camera acting from Emmy Nominated TV/Film Director & Producer, Jon Rosenbaum! Jon is by far the most experienced director to teach at ACANY, and has worked for every major network including: NETFLIX, AMAZON, DISNEY, NICKELODEON, NBC/UNIVERSAL, FOX, SYFY, LIFETIME, and the CARTOON NETWORK.

Jon has carved a niche in the comedy and ‘tween’ genres, thanks to his quirky sensibility and love of collaborating with talent. He considers himself extremely fortunate to be doing what he loves – directing series, pilots and movies that keep his creative juices flowing.

It’s imperative that actors learn the very specific tone in which sitcoms are written so that they can make the right acting choices in the audition room and on set. Jon will offer one-on-one feedback and coaching to each participant and guide them to create big, bold and memorable characters!

Perform scenes for Jon who will teach you how to land jokes, make turns and make a lasting impression in Hollywood!

Focus of Class:
• Learn what it takes to be a successful actor on the set of a sitcom
• Rehearse scenes from hit sitcoms Jon has directed
• Receive individual coaching from Emmy Nominated Director & Producer, Jon Rosenbaum
• Learn how to Land Jokes, Make Turns and Bring Out the Funny in the Audition Room and On Set
• Q&A with Jon Rosenbaum


Materials will be distributed via email prior to the workshop, and students will be expected to have them accessible during the class.