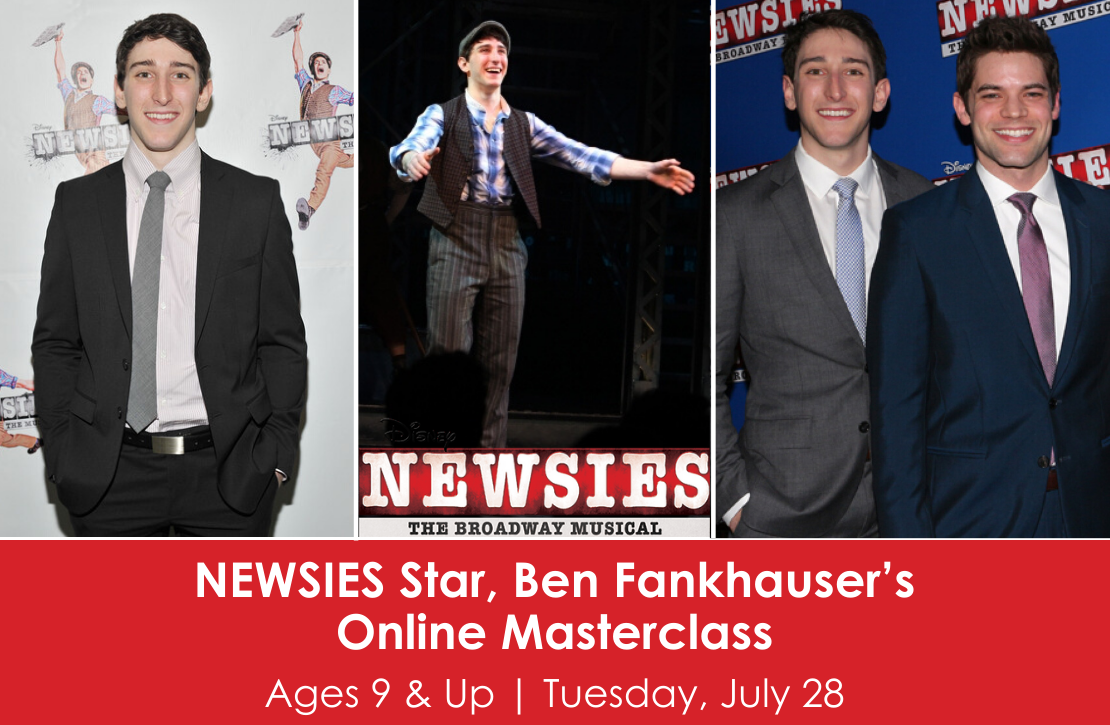 Ben Fankhauser is best known for originating the starring role of Davey in NEWSIES both on Broadway and at Paper Mill Playhouse! You might also recognize Ben from the filmed version of NEWSIES which was released in 2017. Ben was also seen in starring roles in the National Tours of SPRING AWAKENING and BEAUTIFUL: THE CAROLE KING MUSICAL and in THE FLAMINGO KID at Hartford Stage!