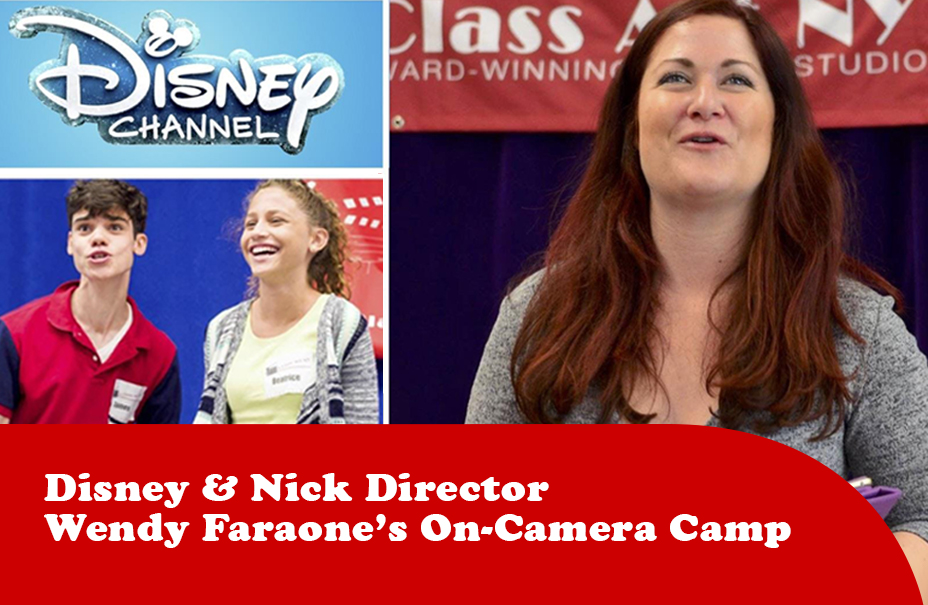 Have you ever wanted to know what it’s like to work on a real TV series? Now’s your chance! In our new on-camera summer program, actors will experience every aspect of television acting from the audition to rehearsals to the live taping with WALK THE PRANK, LIV AND MADDIE, and KNIGHT SQUAD Disney Channel & Nickelodeon Director, Wendy Faraone!

Brief Schedule for the Week:

Day One: The Audition
• Before attending their big audition at the end of the day, students will learn the tools necessary to have a great sitcom audition!

Day Two: You BOOKED it!
• Learn what to prepare and what to expect on your first day on set. Participate in a professional table read with your new scene partner!

Day Three: Rehearsal Day
• Learn about blue and pink pages, blocking, & who is who on set.

Each Day: Workshops with Guest Instructors!
• In addition to working with Wendy, guest instructors will come in and out and work on improvisation and other on-camera skills with campers throughout the week.

All of the scenes used for this class will be pulled from actual sitcoms!

Aside from directing Disney’s #1 rated series, LIV AND MADDIE and Disney XD’s WALK THE PRANK, Wendy was also the on-set coach on BEST FRIENDS WHENEVER, A.N.T. FARM, WIZARDS OF WAVERLY PLACE, SONNY WITH A CHANCE, HANNAH MONTANA & more!

Wendy is well known for creating an inviting and energetic environment in all of her classes where students are given the tools necessary to be successful, working actors in the entertainment industry. Impressively, she has recently coached all of the newly scouted talent for Disney Channel’s latest boot-camp and talent showcase!

** Superstar session – credits cannot be applied toward this program.