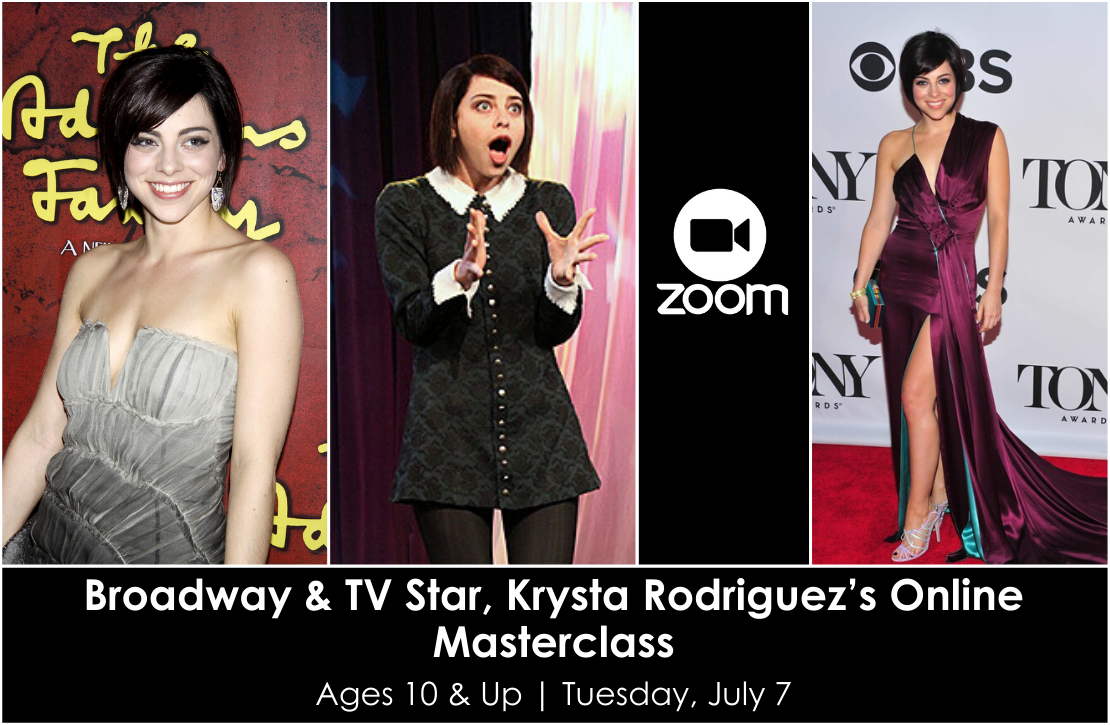 Krysta Rodriguez is a Broadway and TV Star, best known for originating the role of Wednesday Addams in THE ADDAMS FAMILY. Her extensive list of Broadway credits include: SPRING AWAKENING, FIRST DATE, IN THE HEIGHTS, and A CHORUS LINE. She was most recently seen on stage opposite Raul Esparza in Theresa Rebeck’s Off-Broadway production of SEARED and in Disney’s HERCULES at The Public Theatre’s Shakespeare in the Park. She is set to star on-screen in Ryan Murphy’s highly anticipated miniseries, HALSTON, where she will portray Liza Minelli. Other TV/Film credits include: SMASH, YOUNGER, GOSSIP GIRL, QUANTICO, CHASING LIFE, THE MYSTERIES OF LAURA and more!