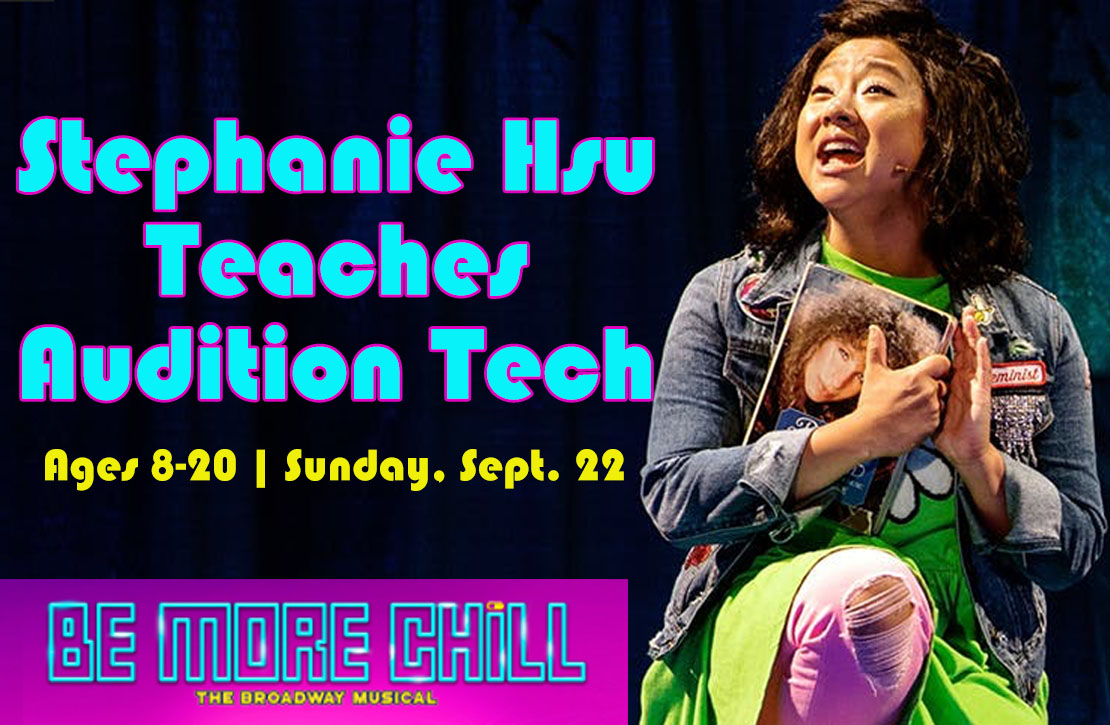 Don’t miss a unique opportunity to work with a star from the internet sensation, BE MORE CHILL, Stephanie Hsu (BE MORE CHILL, SPONGEBOB SQUAREPANTS: THE MUSICAL)! Stephanie has been a part of BE MORE CHILL from the very beginning (Two River Theater & Signature Center) to the Broadway phenomenon it is today!

Most recently she made her Broadway debut as Karen The Computer in the Tony Nominated, SPONGEBOB SQUAREPANTS: THE MUSICAL. Stephanie will be in Season 3 of THE MARVELOUS MRS. MAISEL on Amazon!

Hone your musical theatre technique with BE MORE CHILL Star, Stephanie Hsu, who will offer lucky participants insightful feedback and coaching on their 32-bar audition cut!

• Sing and receive individual feedback and coaching on your 32-bar audition cut from BE MORE CHILL Star, Stephanie Hsu

• Photo and autograph session with Stephanie