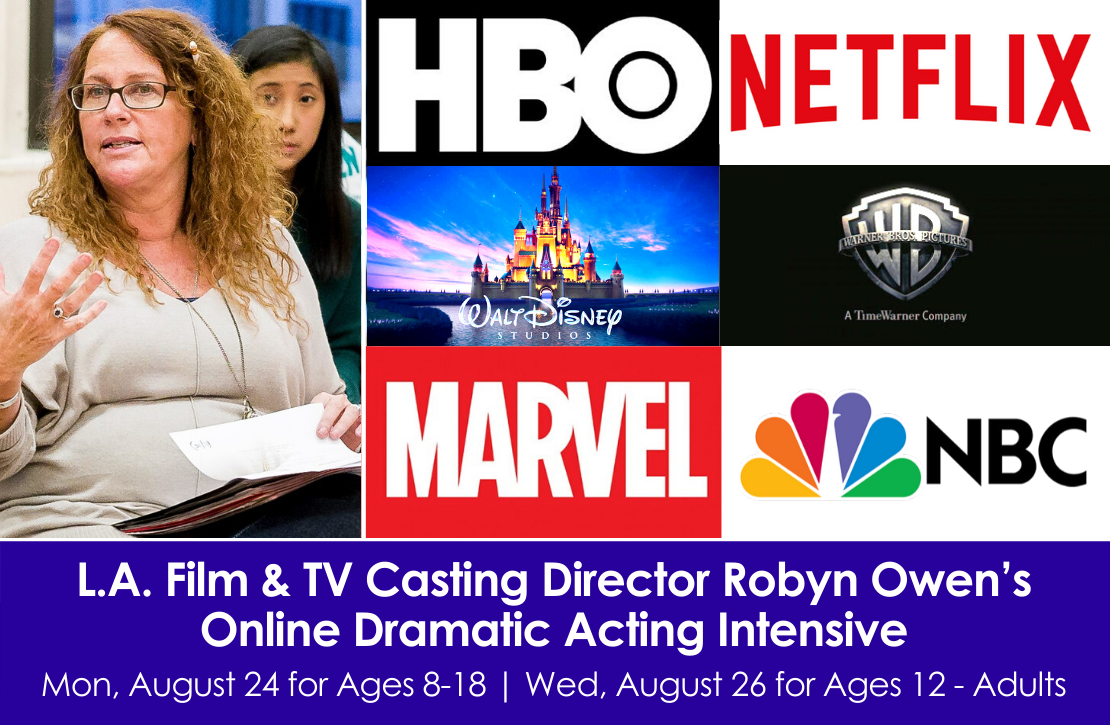 Robyn has also cast iconic TV series such as SCRUBS, DAWSON’S CREEK, FELICITY and BUFFY THE VAMPIRE SLAYER, just to name a few!

Materials will be distributed via email approximately one week to a few days before the workshop, emulating a real audition. Students will be expected to have them accessible during the class.

Robyn is teaching two sessions. One on Monday, August 24 (ages 8-18) and one on Wednesday, August 26 (ages 12 – adults). Please choose the appropriate session at checkout.

*This workshop is a learning experience. It is not an audition or employment opportunity. When the workshop is over, the casting director teaching this workshop will not be given access to your headshot, resume or any other of your promotional materials.