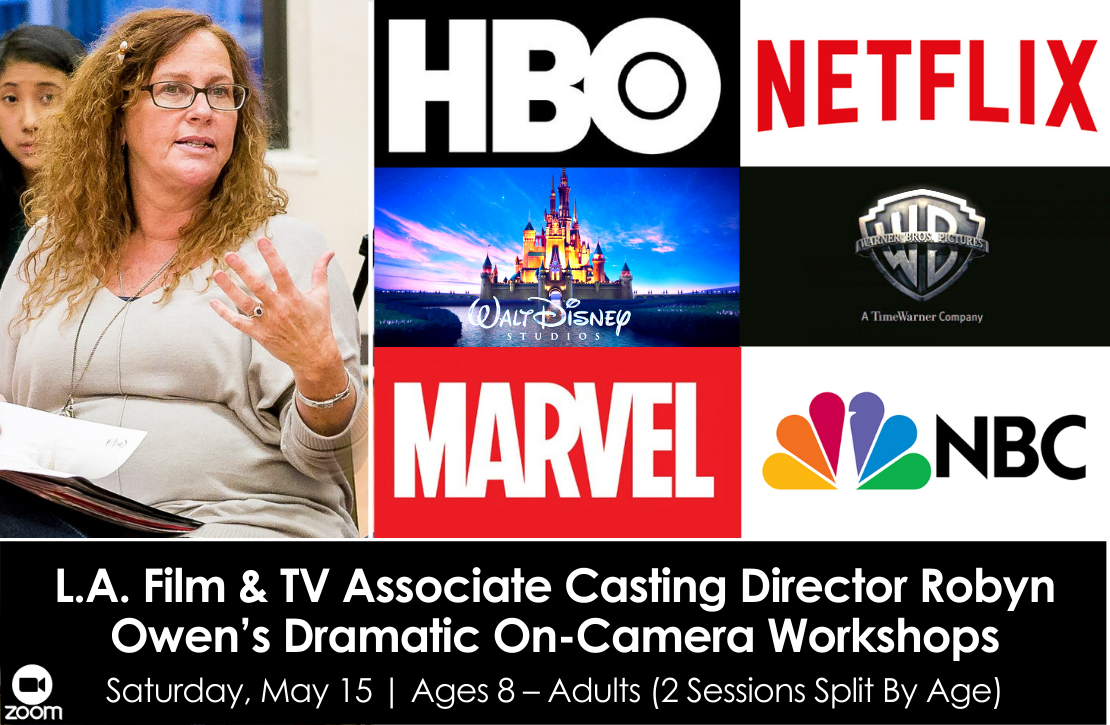 Robyn has also been in the casting department for iconic TV series such as SCRUBS, DAWSON’S CREEK, FELICITY and BUFFY THE VAMPIRE SLAYER, just to name a few!

*This workshop is a learning experience. It is not an audition or employment opportunity. When the workshop is over, the casting director teaching this workshop will not be given access to your headshot, resume or any other of your promotional materials.