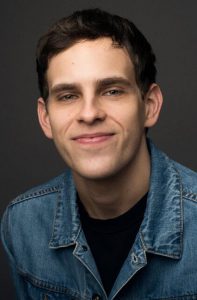 Taylor Trensch is a Broadway Star, most recently seen on Broadway in TO KILL A MOCKINGBIRD as Dill, and as the titular character in DEAR EVAN HANSEN. Other notable roles include Barnaby Tucker in HELLO DOLLY! (Original 2017 Revival Cast) and Michael Wormwood in MATILDA (Original Broadway Cast). He also played the role of Christopher Boone in THE CURIOUS INCIDENT OF THE DOG IN THE NIGHT-TIME and Boq in WICKED.