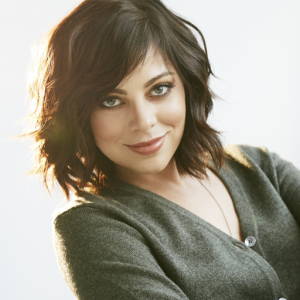 Krysta Rodriguez will co-star in the Netflix/Ryan Murphy-produced miniseries “Halston” as the iconic “Liza Minnelli” opposite Ewan McGregor. This will mark her return to the streaming platform after starring in the post-apocalyptic comedy “Daybreak”. On stage Krysta most recently starred opposite Raul Esparza in Theresa Rebeck’s play Seared Off-Broadway at MCC in a role she originated at the Williamstown Theater Festival under the direction of Moritz von Stuelpnagel. This past summer, Rodriguez took on the role of famous animated princess “Megara” in Disney’s Hercules as part of The Public Theater/Shakespeare’s in the Park PublicWorks program.  Krysta’s theater resume boasts: “Anita” in West Side Story at The Kennedy Center with the National Symphony Orchestra; and another new Rebeck play: What We’re Up Against at The Women’s Project Off-Broadway opposite Skyler Astin. She was a standout in the Hollywood Bowl production of A Chorus Line as “Diana” and is Broadway veteran of seven Broadway shows, including the critically acclaimed revival of Spring Awakening; First Date opposite Zachary Levi; The Addams Family, In the Heights, Spring Awakening, A Chorus Line (Revival) and Good Vibrations.

On television, Rodriguez co-starred opposite John Lithgow on the Warner Brothers Television and NBC multi-cam series “Trial & Error” and is best known from her scene-stealing turn on the second season of NBC’s “Smash”. Other credits include recurring roles on “Younger,” “Married,” “Gossip Girl” and the 2011 FBC pilot “Iceland” opposite Zach Gilford. Rodriguez also recurred on the final season of “Quantico” and had memorable recurring arcs on “Chasing Life” on ABC Family and NBC’s “The Mysteries of Laura”. She won an Indie Series Award for Best Guest Actress in a Comedy for her work on the popular streaming comedy series “Indoor Boys”. Film credits include The Virginity Hit, Wishin’ and Hopin’ and My Bakery in Brooklyn opposite Aimee Teegarden. Last fall, Krysta played to sold out audiences in The Jonathan Larson Project at Feinstein’s/54 Below and can be heard on the recording released by Ghostlight Records. She returned to Feinstein’s/54 Below with a critically acclaimed solo concert debut.