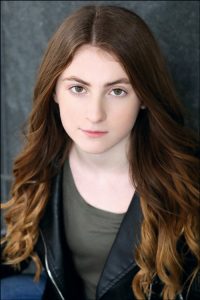 Presley Ryan is a NYC based actor, singer and dancer with professional experience in theater, television, film and animation.

Presley recently starred as Lydia Deetz in the Broadway musical BEETLEJUICE at the Winter Garden Theatre.  She made her Broadway debut in the Tony award winning musical FUN HOME. Regional and national tour credits include Little Cee Cee in BEACHES the musical, Cindy Lou Who in DR. SEUSS’ HOW THE GRINCH STOLE CHRISTMAS at Madison Square Garden and the title character in ANNIE.

Presley appeared as Young Nicky in the popular Netflix series ORANGE IS THE NEW BLACK and as Beth Calliber in a hilarious episode of DIFFICULT PEOPLE.