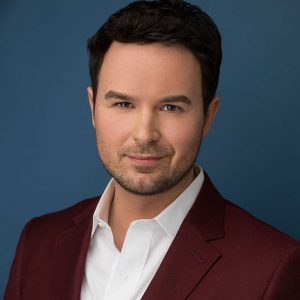 Peter joined Tara Rubin Casting in 2018 as a Casting Director. Some of his recent/upcoming credits include The Band’s Visit (National Tour), Six (North American Premiere), Chasing Rainbows (Paper Mill Playhouse), and Sing Street (NYTW). He began his casting career at Jim Carnahan Casting / Roundabout Theatre Company, where some of his Broadway credits include Tootsie, Head Over Heels, Angels in America, and Farinelli and the King, as well as Something Clean (Roundabout), The Beast in the Jungle (Vineyard Theatre), Chess (The Kennedy Center), Wonderful Town (LA Opera), and Nice Fish (A.R.T./St. Ann’s Warehouse/West End). For over three years he was executive assistant to the head of the talent department at Innovative Artists in New York. He assisted producer Ellen M. Krass on the film of Stephen Sondheim’s Company at the New York Philharmonic, directed by Lonny Price. He also worked with Mr. Price on the documentary Best Worst Thing That Ever Could Have Happened, among other projects. Originally from Portland, Maine, Peter studied theatre at the Walnut Hill School for the Arts and NYU Tisch School of the Arts and holds a B.F.A. in musical theatre from The Boston Conservatory. He is a proud member of CSA.