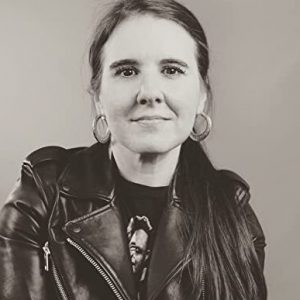 Mia Cusumano is the co-owner of M&M Casting, working alongside Meghan Rafferty. She has been nominated for multiple awards by the Casting Society of America for her work as a Casting Director in TV/Film.

Mia’s most recent film projects include Amy Schumer’s I FEEL PRETTY, LEZ BOMB, MY COUSIN SISTER’S WEDDING, ANTARCTICA (for which she also serves as a producer), CENTIGRADE, BANG BANG, and TEAM MARCO. Mia is currently working on the Emmy and Golden Globe award winning RAMY on Hulu. Other recent TV credits include work on the TNT series SNOWPIERCER. She also cast season one of the USA TV series FALLING WATER (produced by The Walking Dead’s producer Gale Anne Hurd), along with films like PATERSON, directed by Jim Jarmusch. Mia has worked on huge sports campaigns such as MARGOT vs LILY for NIKE (featuring 8 episodes). She’s worked on several pilots including Mamma Dallas for HBO, FOR JUSTICE for CBS and the pilot SOUTH OF HELL for WE. She also cast alongside Meghan Rafferty for the first season of the hit HBO series THE LEFTOVERS. Past projects include the feature film RUN ALL NIGHT starring Liam Neeson, the pilot THE TOMORROW PEOPLE for the CW as well as casting for the CBS TV series GOLDEN BOY.