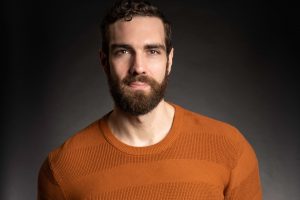 Timonthy Hughes was most recently seen on Broadway in Hadestown as part of the worker’s chorus and Hades understudy. On Broadway, he originated the role of Pabbie in Frozen, and appeared in Chaplin: The Musical. Film and television: The Strong Man in The Greatest Showman (20th Century Fox), Blood Bound, and “Full Frontal with Samantha Bee.” He received his BFA from New York University’s Tisch School of the Arts.