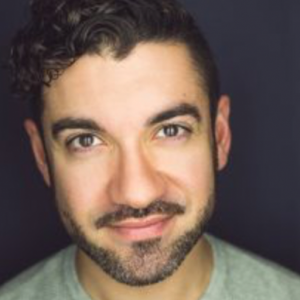 Javier Ignacio is an actor, singer, and dancer best known for his portrayal of Harry Houdini / Dog Boy in Bill Condon’s acclaimed production of Side Show on Broadway. He is a member of the current revival of Company starring Patti LuPone and Katrina Lenk (scheduled to return to Bway in the Spring of 2021). Off-Broadway credits: Fiasco Theatre’s Twelfth Night (Sebastian); The Public/ PublicWorks’ Twelfth Night (Standby); NYCC’s Encores! Call Me Madam | National Tour: Fiasco Theatre’s Into the Woods (Baker/ Mysterious Man/ Rapunzel’s Prince u/s) He has performed in many regional theatres across America such as: The John F. Kennedy Center, The LaJolla Playhouse, Music Theatre Wichita, and The Actors’ Playhouse.  His recent New York City performances have been at Joe’s Pub, Feinstein’s 54 Below, The Lotus Club, and The Waldorf Astoria. Javier studied Musical Theatre at Wichita State University and is a proud AEA member.