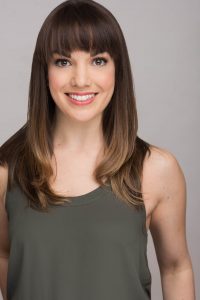 Kara Lindsay is a Broadway Star, best known for originating the role of Katherine in NEWSIES! Kara also portrayed Glinda in the National Tour of WICKED. She appeared in the Broadway company of Beautiful as Cynthia Weil and in the national tour and Guthrie Theatre productions of Little House on the Prairie as Laura. Regional credits include Paper Mill Playhouse (Newsies, Little House on the Prairie); North Carolina Theatre (title role in Mary Poppins); Kansas City Starlight (title role in Cinderella); Kansas City Rep (Sally Bowles in Cabaret); The 5th Avenue Theatre (Lone Star Love); and Geva Theatre Center (A Christmas Carol), among others.