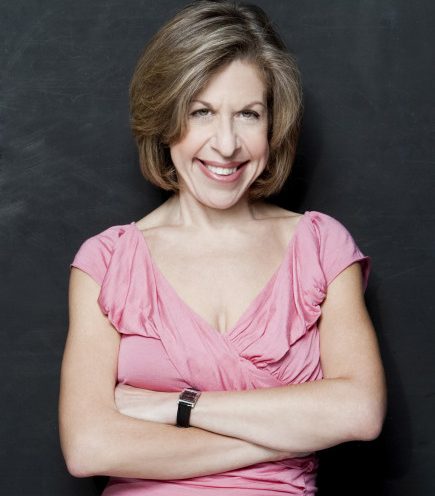 Emmy nominee Jackie Hoffman most recently portrayed the much-acclaimed role of Mamacita in FX’s Feud: Bette and Joan, alongside Jessica Lange and Susan Sarandon. She received rave reviews for her recent role on Broadway as the comical Mrs. Teavee in Charlie and the Chocolate Factory.
A staple on television, Ms. Hoffman’s numerous credits include Rucchel Epstein in Difficult People, Gilmore Girls, I Shudder, Girls, Six by Sondheim, The New Normal, The Good Wife, Inside Amy Schumer, Raising Hope, Melissa and Joey, On We Go, 30 Rock, Starved, Hope and Faith, Curb Your Enthusiasm, Strangers with Candy, TV Funhouse, Late Night with Conan O’Brien, Soulman, and Cosby. A distinguished voice actress, she has also appeared in the cartoons High School USA, Family Guy, Dilbert, PB & J Otter, and the film Robots.

On Broadway, Ms. Hoffman has co-starred in On the Town, The Addams Family, Xanadu, and Hairspray, for which she won a Theatre World Award. Off-Broadway, she starred as Princess Winifred in the Transport Group’s Once Upon a Mattress, and received a Drama League Award Nomination for her performance. Her additional theater credits include A Chanukah Charol, The Gingerbread House, Straightjacket, Incident at Cobbler’s Knob (Lincoln Center Festival), and One Woman Shoe. Ms. Hoffman has performed in regional theater as well, in Chicago at the MUNY and The Sisters Rosensweig at the Globe Theatre. She starred in six revues at the Second City Theatre in Chicago, where she won the Jeff Award for Best Actress.