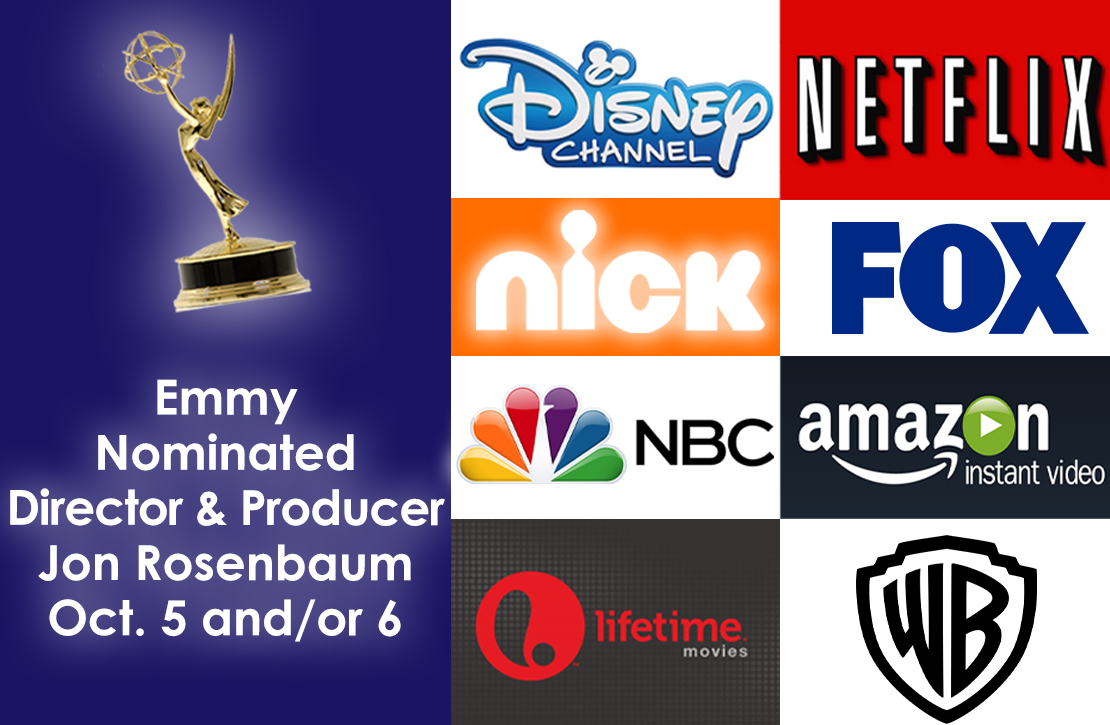 We are beyond thrilled to be working with one of the industries most in-demand and prolific TV and Film Directors, Mr. Jon Rosenbaum. Watch Jon’s sizzle reel on his site and check out his incredible resume while you’re there too! He has by far the most extensive credits and experience of anyone we have ever worked with! You do not want to miss Jon’s workshops!

Jon has carved a niche in the comedy and ‘tween’ genres, thanks to his quirky sensibility and love of collaborating with young talent. His material has spanned many other genres as well, and has involved partnerships with some of the top networks and production companies, including DISNEY, NICKELODEON, NETFLIX, AMAZON, NBC/UNIVERSAL, FOX, SYFY, LIFETIME, and the CARTOON NETWORK. He considers himself extremely fortunate to be doing what he loves – directing series, pilots and movies that keep his creative juices flowing.

Learn the art of comedic acting for sitcoms with Jon Rosenbaum!

Focus of Class:
• Learn the art of sitcom acting w/ top TV Director and Producer, Jon Rosenbaum
• Rehearse Scenes from projects Jon has directed and in some cases, produced
• Receive Coaching and Feedback from Jon Rosenbaum
• Perform Scenes in front of a Live Audience (parents and loved ones invited)
•  Jon will also teach specific blocking technique used on four-camera shows and terminology specific to that genre