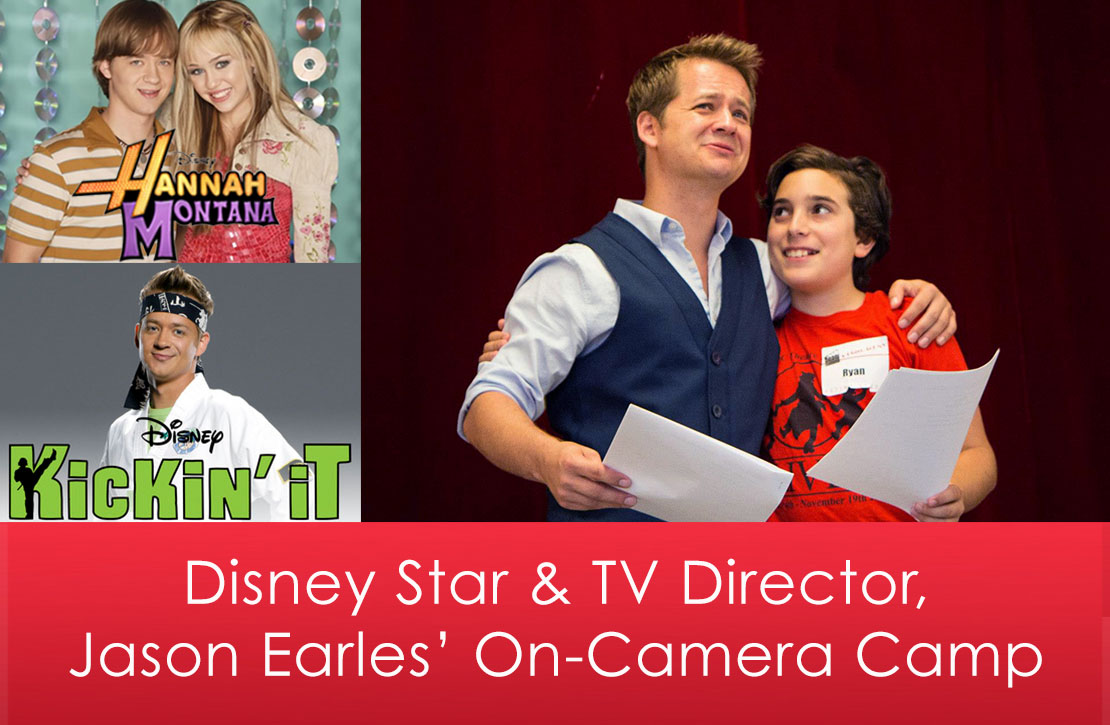 Sold Out! Email us to join the wait list!

All of the scenes used for this class will be pulled from actual sitcoms!

Jason Earles is back!

Live out your dreams of starring on a hit Disney show with Disney Channel Star & Director, Jason Earles! You might recognize Jason from his starring roles on KICKIN’ IT and HANNAH MONTANA!

In this one week intensive, Jason will bring lucky participants through every aspect of television acting from the audition to rehearsals to the live studio audience taping!

We will start the week with a casting day in which Jason will conduct mock auditions.

Then starting day two, students will dive into the rehearsal process with their new co-star! Throughout the week, campers will experience table reads, script rewrites, and on-set staging, or as we call it in theatre, blocking!

We will literally recreate the way an episode of a sitcom is shot in this one-week program.

We will cover every facet of sitcom acting from learning who’s who on set, other than your fellow actors, to specific on-camera terminology.

On Friday, our newly minted sitcom actors will perform in front of a “Live Studio Audience” filled with adoring fans, your family & friends!

As if that weren’t enough, campers will wear a variety of hats during the week and will work as production assistants and script supervisors for their friend’s performances!

Each Day- Workshops with Guest Instructors:
In addition to working with Disney Star & TV Director, Jason Earles, guest instructors will work on improvisation, scene study and other on-camera skills with campers throughout the week.

You all know Jason Earles as Miley’s brother Jackson in HANNAH MONTANA, and Sensai Rudy Gillespie in KICKIN IT, but you might not know that Jason also works behind the camera as a director! A few of his credits include KICKIN IT, WTH: WELCOME TO HOWLER and GAMER’S GUIDE TO PRETTY MUCH EVERYTHING!

Jason’s diverse work experience will allow him to give actors a unique perspective of working on a sitcom as an actor and a director!

Tuition includes a free ACANY t-shirt and 2 complimentary tickets to the final performance!

Sold Out! Email us to join the wait list!