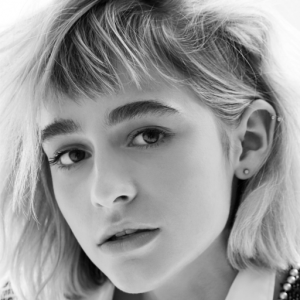 Sophia Anne Caruso is a New York based actress of Screen and Stage. Sophia is currently starring in the Broadway Musical “Beetlejuice”, in the role of Lydia at the Winter Garden theater. She began her professional career at the age of 9, in the role of Helen Keller in “The Miracle Worker”, directed by Patty Duke.

Sophia’s stage ventures then took her to New York at the age of 10 where she was cast in her first Major Network TV show on NBC, Sophia played Young Norma Jean along side Bernadette Peters in “Smash”, their song “At Your Feet”, can be purchased on i-tunes. Shortly after wrapping Smash she went on to do the World Premier of Second Hand Lions with Director Scott Schwartz at the 5th Ave Theater in Seattle. Sophia quickly became know for her voice and dance talent, and was cast as Brigitta Von Trapp in the NBC first Live TV  Musical “The Sound of Music Live”, staring Carrie Underwood.