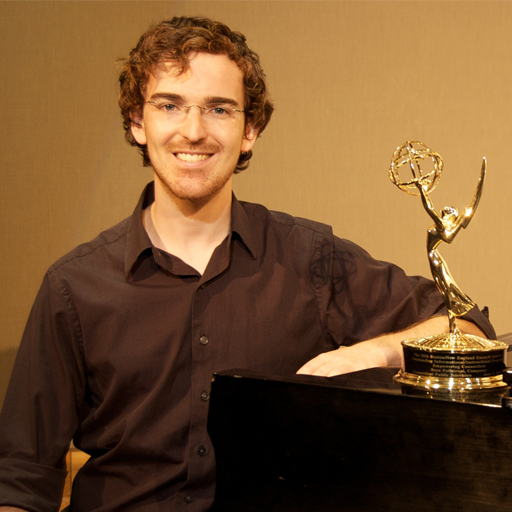 Sean P. Pallatroni is an EMMY® Award winning composer, songwriter, director and pianist. Originally from Bedford NH, he has studied performing arts at the Derryfield School under the direction of Laurel Devino, and completed his undergraduate degree in Music Composition at the Hartt School of Music Dance Theatre (University of Hartford, West Hartford CT).

Sean has written for musical theatre, classical chamber ensembles, jazz, choir, and orchestra. His recent musical “Happily” was premiered in February 2017 in New York City, and winner of “Best Score” at the NYWinterfest Theatre Festival. He has also music directed shows in Connecticut and New York.

Sean has scored programs for Connecticut Public Television, including the shows “Empowering Connecticut,” “Infinity Hall Live,” and “All Things Connecticut.”. He has also worked on the short film “Twenty Minutes” and various commercial and multimedia scoring projects. Sean is the recipient of Hartt’s “Edward Diamente Award for Distinguished Undergraduate Composition,” and winner of the 2010 Alabama Orchestra Association’s Composition Competition for his work “When the Grass Was Still Green.”