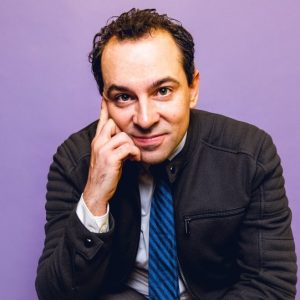 Rob McClure is an actor, best known for his roles in musical theatre. He won a Theatre World Award and was nominated for the 2013 Tony Award for Best Actor in a Musical for his performance in the title role of the musical CHAPLIN. He was most recently seen on Broadway in the roles of of Adam Maitland in BEETLEJUICE, and the title character in MRS. DOUBTFIRE. Other notable creidts include: NOISES OFF, SOMETHING ROTTEN, HONEYMOON IN VEGAS, and AVENUE Q.