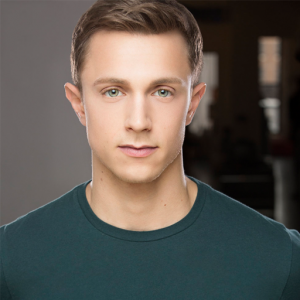 Henry Gottfried is an actor and theater artist based in New York City. As an actor, he has performed in the Broadway production of Waitress (original cast; later, the role of Dr. Pomatter) and the national tours of Bright Star (Billy) and Pippin (u/s Pippin). Recent workshop credits include the musicals Diana and The Devil Wears Prada. Henry performed with the televised broadcast of Peter Pan Live! on NBC and has also appeared on Good Morning America and the Macy’s Thanksgiving Day Parade. He holds a BA in Theater Studies from Yale University. At Yale he traveled with the world-famous Whiffenpoofs to over 30 countries worldwide and was featured with the group on an episode of FOX’s Glee. Henry also works as a teaching artist and freelance theater director.