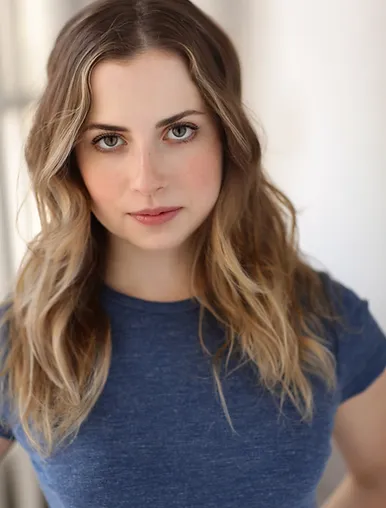 Alyssa May Gold is a theater/filmmaker and actress most recently seen on Broadway in How I Learned to Drive. Her other credits include: Broadway: Arcadia; Off-Broadway: Our Dear Dead Drug Lord (WP Theater/2nd Stage), Julius Caesar, Juliet + Romeo, The Maid’s Tragedy (Pocket Universe), Middle of the Night, Lemon Sky (Keen Company); Film/TV/Web: Rebel in the Rye, Divine Secrets of the Ya-Ya Sisterhood, Taking Woodstock, “The Marvelous Mrs. Maisel,” “Law & Order: SVU,” and “You Made It Worse” (which she also wrote/directed). Alyssa is the founder of Pocket Universe, a theater/film production company dedicated to reconsidering and re-imagining classic stories and conventions. She has a multidisciplinary BA from NYU Gallatin and a classical acting MA from the London Academy of Music and Dramatic Art.