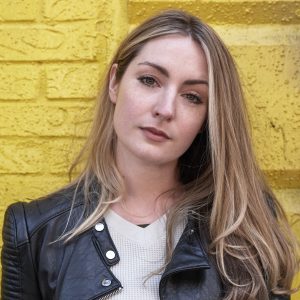 Alexis Bronkovic is an IRNE nominated actor, performing in NYC and regionally at such theatres as the Here Arts Center, Ars Nova, The Barrow Group Theatre, The Guthrie Theatre, Merrimack Repertory Theatre, Actors Theatre of Louisville (Humana Festival), Maltz Jupiter Theatre, Cape May Stage, and with Arizona Theatre Company. She has appeared on TV in Law & Order SVU, FBI: Most Wanted, The Blacklist, Younger, The Affair, Royal Pains, Blue Bloods and numerous independent films and web series. As a singer and voice over artist, Alexis’ voice can be heard singing the opening number for the indie film Kringle Time, narrating a special exhibit at The Philadelphia Art Museum and as the voice of the new educational app called EmpathEd. She has also performed as a vocalist for AM Dance Company with such bands as The Duke Ellington Orchestra. She holds a BA in Theatre Performance from Marymount Manhattan College, is an Actor’s Theatre of Louisville Apprentice/Intern Company Alum, and is a proud member of both AEA and SAG-AFTRA.