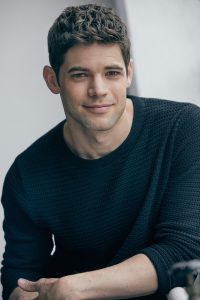 Jeremy is a Tony and Grammy-nominated actor and singer. He most recently starred in the Off-Broadway revival of Little Shop of Horrors. Prior, he starred in Waitress, his first Broadway musical since Disney’s Newsies. He played Dr. Pomatter opposite Shoshana Bean’s Jenna. He previously starred opposite Kerry Washington in the Broadway play, An American Son, directed by Kenny Leon. He earned Tony, Grammy and Drama Desk nominations for starring as Jack Kelly in the hit Broadway musical, Newsies, reprising the role in Disney’s 2016 film release of the show. Also on Broadway, he starred as ‘Tony’ in the most recent Broadway revival of West Side Story; originated the role of ‘Clyde Barrow’ in Bonnie & Clyde, for which he won the Theatre World Award; and was featured in Rock of Ages.

Previously, he starred for three years on the CBS and CW hit, Supergirl after being a series regular on NBC’s musical hit drama, Smash, with Katharine McPhee, Christian Borle, Debra Messing, and Megan Hilty. He also starred opposite Anna Kendrick in the film adaptation of Jason Robert Brown’s beloved musical, The Last 5 Years, for which he was honored with the Rising Star award at the Napa Film Festival. Jeremy starred opposite Queen Latifah and Dolly Parton in Todd Graff’s Joyful Noise for Warner Bros, and he’s the voice of ‘Varian’ in Disney Channel’s animated series, Tangled.