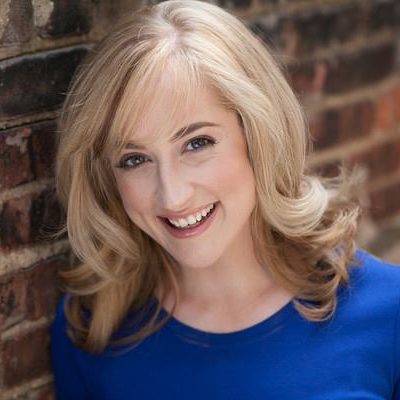 Natalie Wisdom is originally from St. Louis, Missouri where she got her start in professional theater at an early age, performing at the Muny and Stages St. Louis. After graduating with a BFA in Musical Theatre from Webster University, she moved to New York, where she spent two years performing as a Swing in the Broadway company of Billy Elliot and later served as Dance Captain of the National tour. She then went on to swing the National Tour of Matilda the Musical and continued on to play Mrs. Wormwood in the Toronto company. She was an original cast member of Groundhog Day, the musical on Broadway. Favorite roles include Rudy in Dames at Sean (Totem Pole Playhouse), Polly in Crazy For You, and June Carter in Ring of Fire (Hilton Head, South Carolina). Other performance credits include 42nd Street and Show Boat (Dance Captain) at North Shore Music Theatre, Dirty Rotten Scoundrels at Maine State Music Theatre, as well as productions at the Goodspeed Opera House in Connecticut and Virginia Musical Theatre. Natalie has been teaching across the country and in NYC for the past 10 years. Her concentration is on Musical Theatre Dance and Tap, and her philosophy is to always encourage her students to be the best versions of themselves and to dance with intention, while also focusing on technique within the idea of their individuality