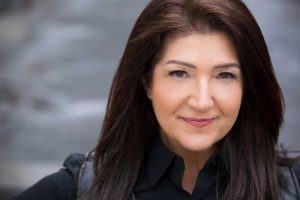 Initially an actress (‘Les Miserables’, ‘Aspects of Love’, et al.), Merri found herself out West some years back where she quickly made a name for herself at Liberman/Hirschfeld, then Liberman/Patton Casting, working on such shows as “NewsRadio”, “The Larry Sanders Show” and the Miramax feature film “Playing By Heart”, starring Sean Connery and Angelina Jolie. In 2000, Merri moved to Dreamworks Studios as the Casting Executive in charge of TV Pilots and Series- including “Spin City”, and the critically acclaimed “The Job”, starring Denis Leary. She was then offered a position as the Director of Casting for Dramas and Movies at ABC Television, overseeing the casting of “Alias”, “NYPD Blue”, “The Practice” and the ‘made for television movies’ “Gilda Radner – It’s Always Something” and “The Music Man”, starring Matthew Broderick and Kristin Chenoweth, to name just a few.