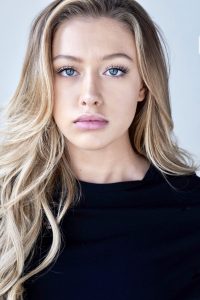 Logan Riley is an actor, best known for her roles in Netflix’s THE PROM and FULLER HOUSE. Logan was discovered at an early age in her hometown of Johnson, Iowa. Other on-screen credits include: CAMP TAKOTA, GIBBY, JUST US, THE AFFAIR, and MODERN FAMILY. Logan started her career as a dancer and model, being featured on THE X FACTOR, THE KIDS CHOICE AWARDS, and THE RADIO CITY CHRISTMAS SPECTACULAR.