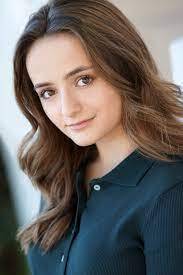 Kelly Sweeney is a Mexican- American actress and dancer. She grew up in Los Angeles and has been trained in theatre and dance from an early age. Kelly has worked on a number of theater productions, commercials, music videos, films and TV shows since she was 4 years old in both English and Spanish. She was most recently seen in the hit Netflix film adaptation of THE PROM. Other on-screen credits include: TOTAL ECLIPSE, JOJO SIWA: D.R.E.A.M., GLOW, SUBURGATORY, DISNEY HALL OF VILLAINS, and WORLD OF DANCE.