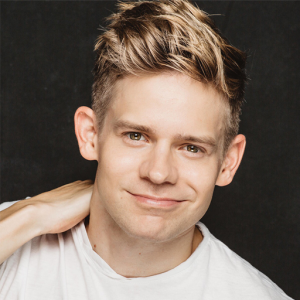 Andrew Keenan-Bolger is an actor, director, author and filmmaker. He recently starred as “Jesse Tuck” in Tuck Everlasting on Broadway (Drama League Award nominee). He created the role of “Crutchie” in the Original Broadway Cast of Newsies (Outer Critics Circle nominee). Other Broadway: Mary Poppins, Seussical, Beauty and the Beast, A Christmas Carol. Film: “Billy Frazier” in The Rewrite starring Hugh Grant, Marci X, Are You Joking? TV: “Nurse Jackie” (Showtime), “Looking” (HBO), “Naked Brothers Band” (Nickelodeon), “One Life to Live.” B.F.A. from the University of Michigan. His work as a filmmaker has been profiled in The New York Times, The Wall Street Journal, Entertainment Weekly, Rolling Stone, The Associated Press and New York Magazine. Director of the award winning short films Sign and The Ceiling Fan Along with collaborator, Kate Wetherhead, he is the co-creator the critically acclaimed webseries, “Submissions Only” and co-author of the new children’s series “Jack & Louisa” (Penguin Random House).