• Start creating a relationship with a top L.A. industry insider

• Learn what Krisha and other casting directors look for in actors

• Learn how to leave an impression in the audition room

• Informative Q&A for students and their parents 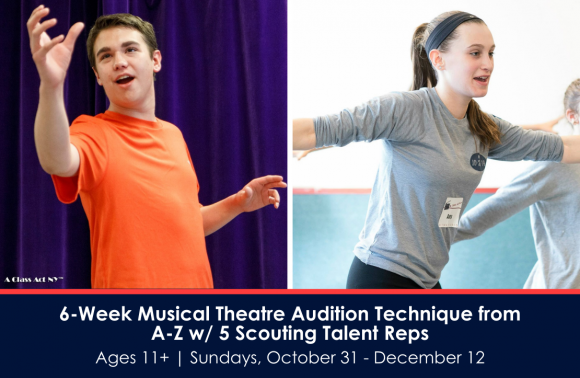 Are you getting a callback but not booking a role? Auditioning for a musical is more than just singing 16 or 32 bars. Learn the ins and outs of the full musical theatre audition experience, from the vocal audition to the dance call!

Learn the techniques that can help you nail your auditions!

Final Presentation for 5 Scouting Talent Reps:
Perform material you have honed in class for family, friends, and 5 scouting talent reps! 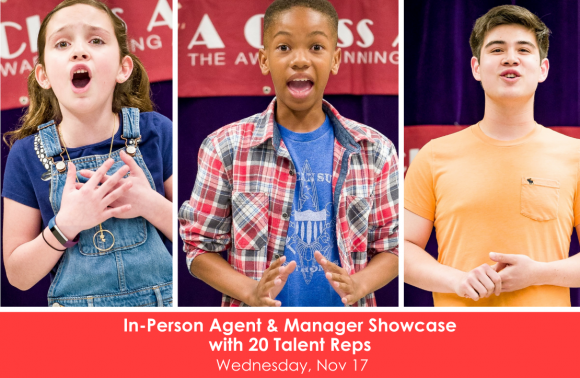 It’s often challenging to get in front of Talent Agents and Managers. A Class Act NY’s industry showcases provide aspiring actors the unbelievable opportunity to perform for 20 scouting agents & managers in one evening.

Previous participants are now working professionally! Many are booking television series, films, voice-overs, commercials and Broadway shows. Click here to read about some of our students’ professional progress.

** An in-person coaching is available for an additional fee.