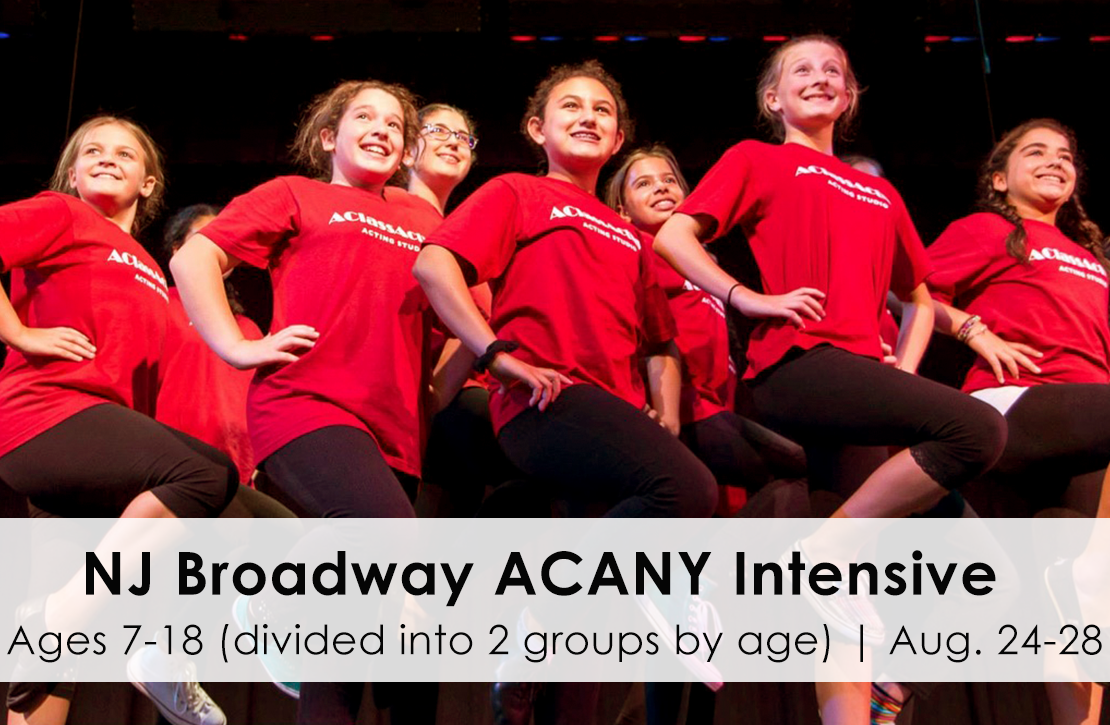 In this comprehensive 5-day program, campers will hone all 3 major components of Musical Theatre performance: singing, dancing and acting.

Throughout the week, campers will learn numbers from beloved Broadway musicals, take a variety of workshops with visiting guest Broadway artists, see a Broadway Matinee, attend a talkback and perform in a final showcase at the YMCA’s state of the art theatre!

Workshops with Broadway and Industry Guest Artists Include:

• Improvisation & Theatre Games: Learn how to think on your feet while having fun!

• Broadway Dance: Learn a dance combo from one of Broadway’s current hits!

• Stage Combat: Learn how to throw a punch that will only look like it hurt!
• On-Camera Acting and Audition Technique: Learn the ropes of on-camera acting!

ACANY campers are bused to and from NYC and treated to a matinee performance of a hit Broadway musical and a Talkback with cast members!

At the end of the week, campers perform in a musical revue at the YMCA’s state of the art theatre for family and friends!

Flexible Early Drop Off: Starts at 8:30 AM

Cost: 799.00 – includes busing to and from NYC on the day of the show, a ticket to a Broadway show & talk-back and a camp t-shirt!