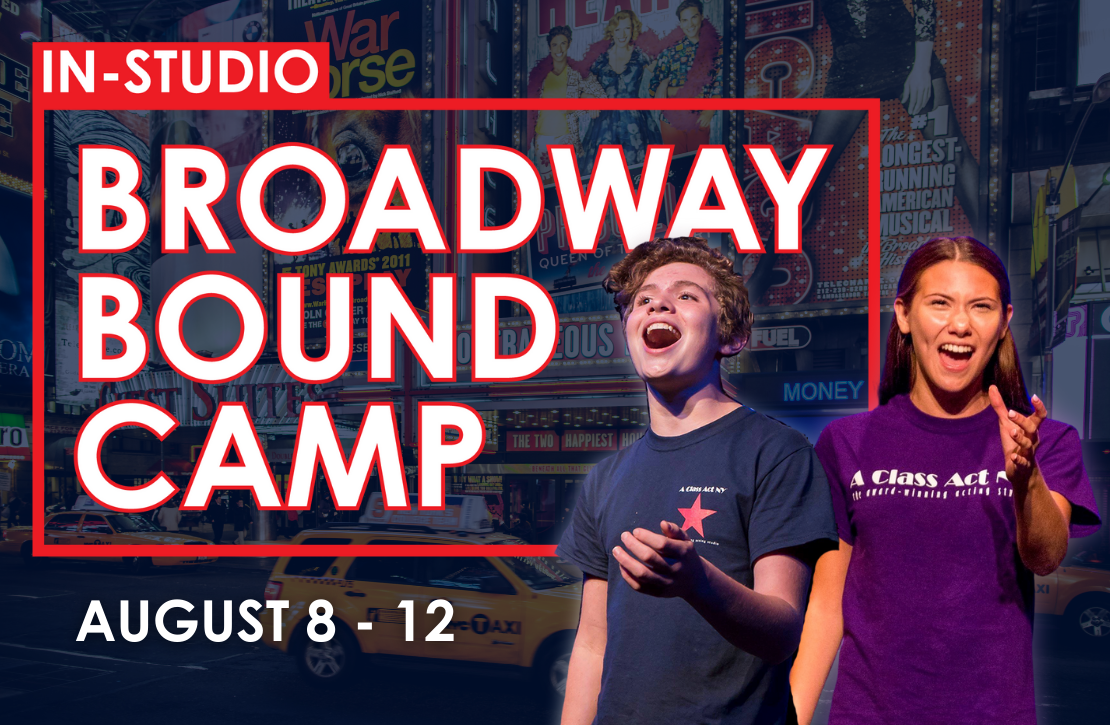 In our musical theatre Broadway Bound intensive, campers work with a veteran of the Broadway stage and a professional music director all week long!

Moreover, throughout the week, campers will work on their improvisation skills with instructors!

Broadway Matinee & Talk-Back
Participants will be treated to a matinee performance of Broadway’s HADESTOWN and attend a talkback with actors after the show! (Talk-backs are subject to be moved to the studio depending on COVID-19 policies at Broadway Theatres)

On Friday, campers perform in a Musical Revue for family and friends in a  professional Broadway studio space in the heart of NYC!

Workshops with Broadway Guest Artists Include

• Acting 101: Learn the fundamentals of acting technique!
•
Stage Combat: Learn how to throw a punch that will only look like it hurts!
•
Stage Makeup: Learn how to apply professional stage makeup!
•
Musical Theatre History in a Jiffy: Learn snippets of the songs from the Early 20th Century Operettas to the Hip Hop Musicals of Today!

Tuition includes an ACANY t-shirt and a ticket to a Broadway show!