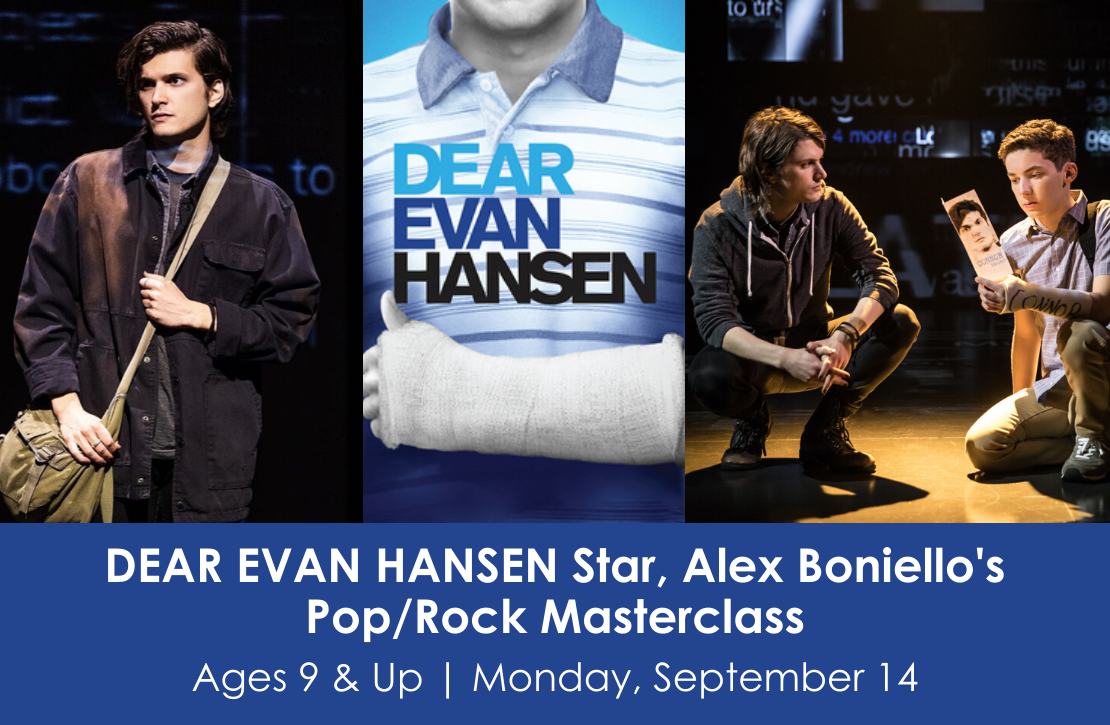 • Sing and receive individual feedback and coaching on your 32-bar Pop or Rock song cut with Broadway Star, Alex Boniello
• More and more musicals on Broadway are Pop/Rock Musicals (DEAR EVAN HANSEN, JAGGED LITTLE PILL, SING STREET, SIX). Learn how to nail auditions for this specific genre
• Learn how to interpret a pop or rock song and break it down into acting beats
• Q&A with Broadway Star and Broadway Producer, Alex Boniello